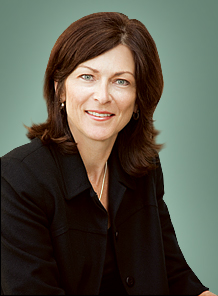 Karin oversees Silversage’s corporate finances, coordinating revenue and tax management in conjunction with the annual fiscal vision of the practice. She also assists in preparing legal contracts for the firm and oversees protection activity for the Silversage trademark.

Karin began her legal career with Brobeck, Phleger & Harrison in San Francisco before moving on to the Los Angeles office of Sonnenschein, Nath & Rosenthal, where she worked extensively in areas such as contracts, insurance coverage, trademarks, and environmental issues.

Karin grew up in San Diego, and has raised their three children with her husband Jeff. Karin enjoys family time, travel, mountains and beaches, hiking, skiing and cooking. An avid reader, she is involved with a local book club, and she greatly cherishes her time with her Bible study group.